Here’s an interesting article on the start of the Black Stallion Literacy Project (now known as Horse Tales Literacy Project).
It was published in Arabian Horse Magazine and is about how the program developed as a non-profit. 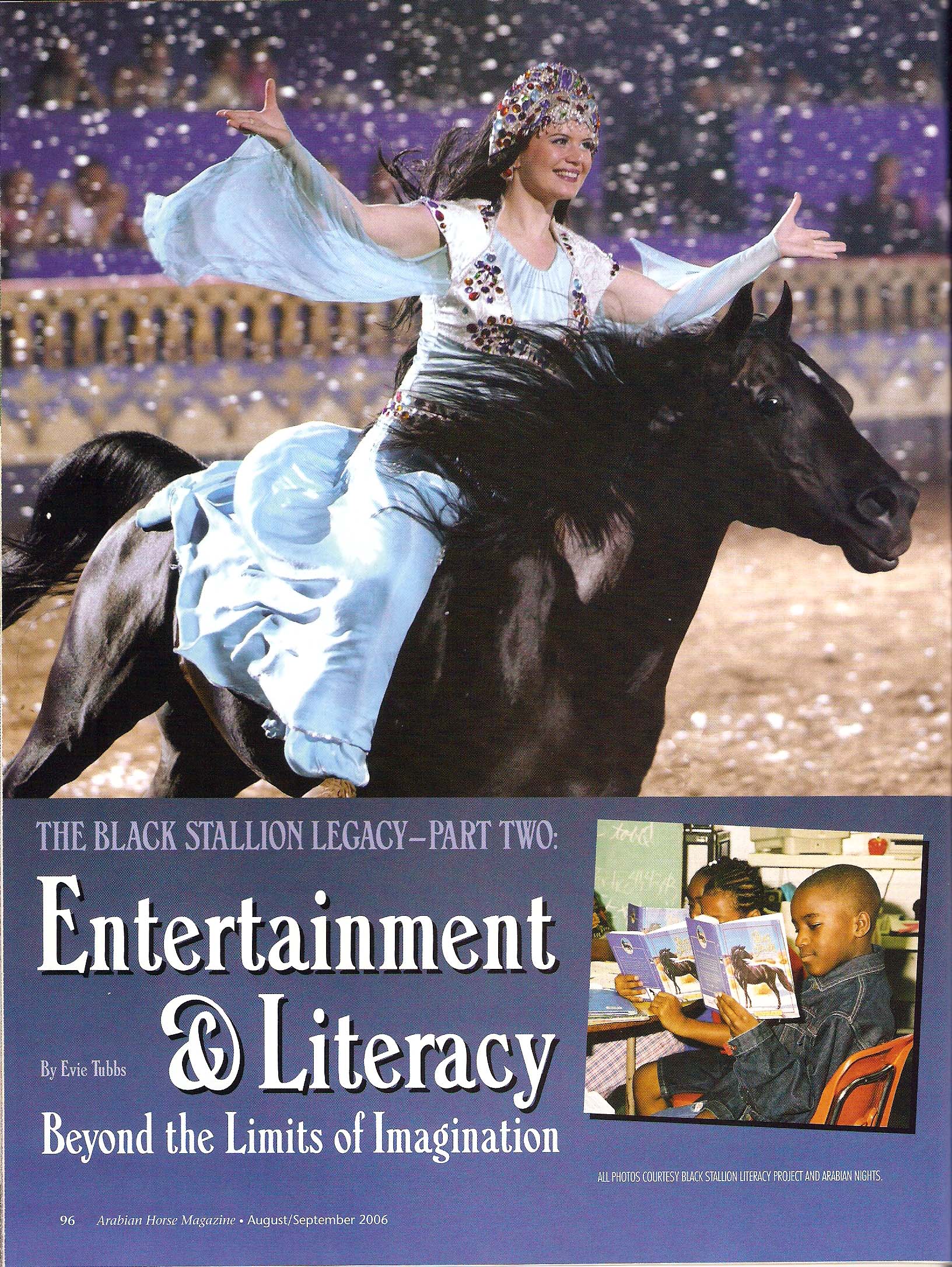 It’s about the most fun you can have (bringing horses, books and kids together) & we  hope you can experience – the experience at Horse Tales Literacy Project!

Too bad sister Alice and brother Steve have never been interested in, involved with or even seen my program in 12 years :( Guess that’s what livin’ for the city (NYC) will do to you, as Stevie Wonder sang way back when!!! You gotta take a look at this (with Ray Charles). 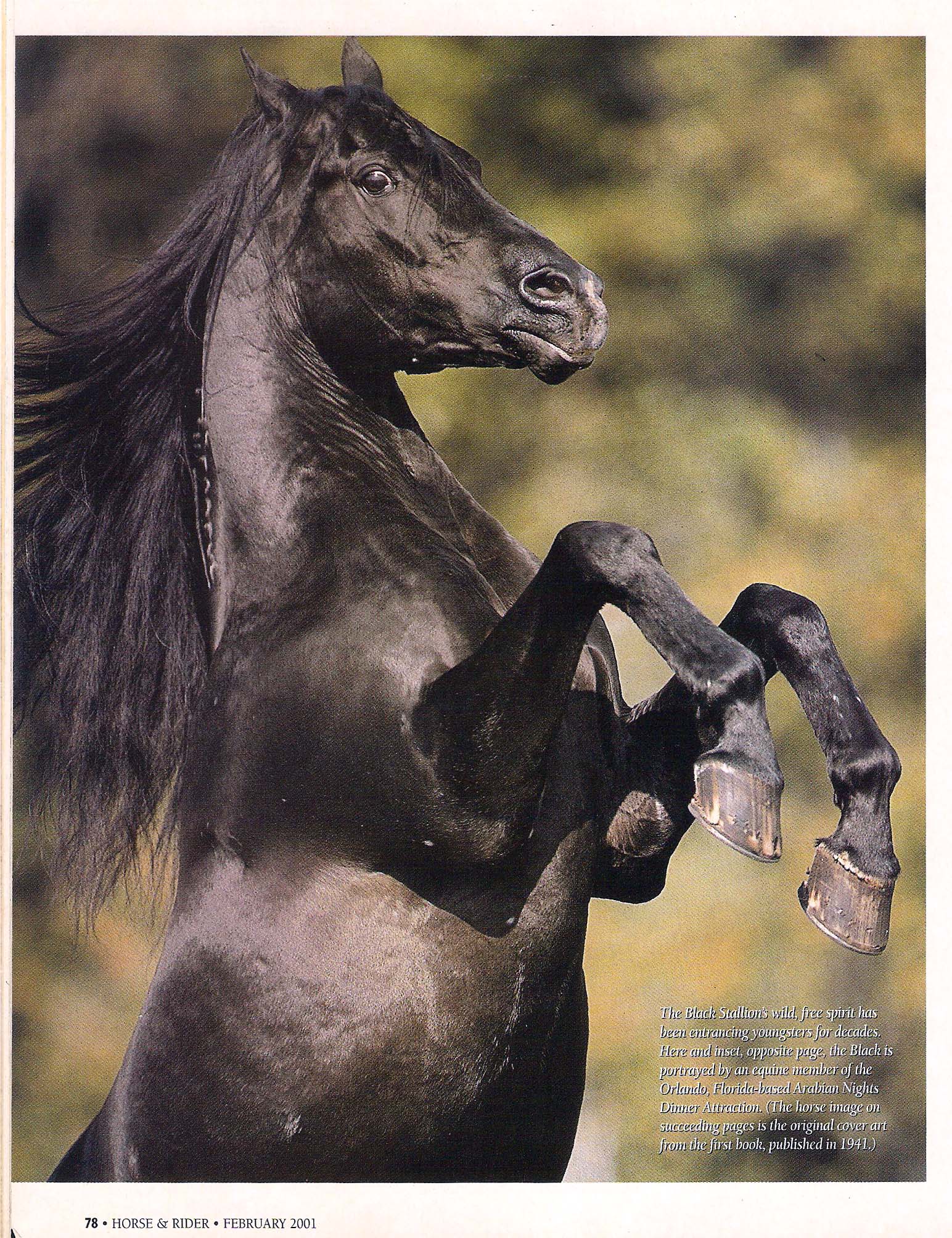 This material appears with permission. Visit Horse&Rider at HorseandRider.com

Here’s another magazine article I thought you’d enjoy.
It’s a particularly good look at the history of the books from Dad writing on the kitchen table as a teenager to the movies and all the turns on the track along the way. You never know where that “little idea” may take you! Jennifer Meyer does a great job of capturing what interested Walter Farley most – that intangible something that happens between a horse and rider.