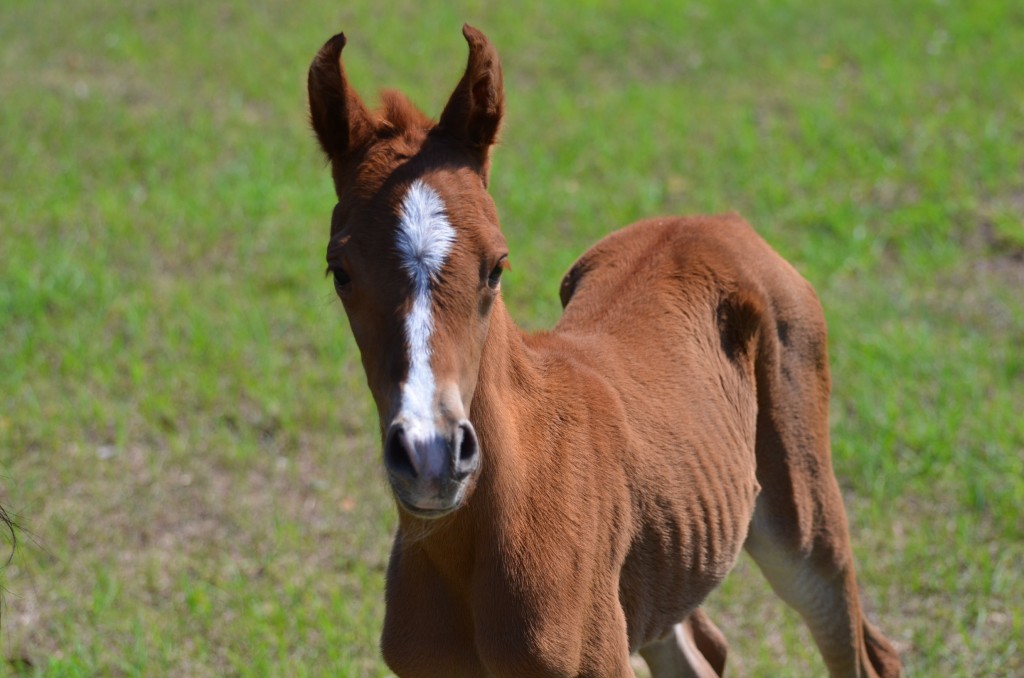 Dr. Anna Marie’s newest filly!! They are still deciding on a name … and found a four leaf clover just before she was born on the weekend.
Have any ideas???

“Lucky” and “Clover” maybe, but she’s an Al-Marah Arabian girl, so – Zayda? (lucky in Arabic?)
Put on your thinkin’ caps and send me some names!

Any new photos of your own to share? Spring is in the air!

However, it was the film adaptation of Walter Farley’s novel “The Black Stallion” that established Randall as a a trainer in his own right. Released in 1979, the Carroll Ballard-directed production (executive produced by Francis Ford Coppola) contained some of the most challenging horse scenes ever filmed. END_OF_DOCUMENT_TOKEN_TO_BE_REPLACED


Corky Randall, the horse trainer on the Black Stallion films passed away this week. He was a fantastic horseman with generations of knowledge and wonderful stories he had collected in a lifetime of working in the strange and demanding world of horse movies. His credits range from “3 Amigos” to “Zorro”, from “The Cowboy Way” to “Texas”. END_OF_DOCUMENT_TOKEN_TO_BE_REPLACED