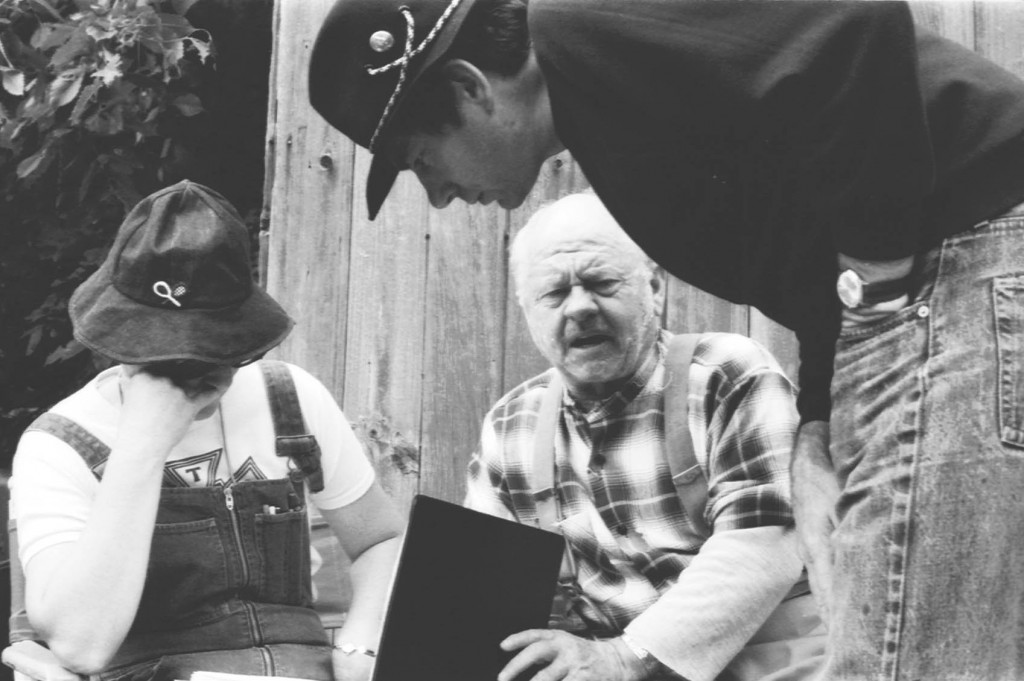 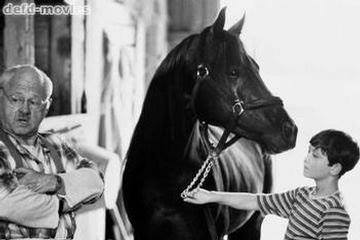 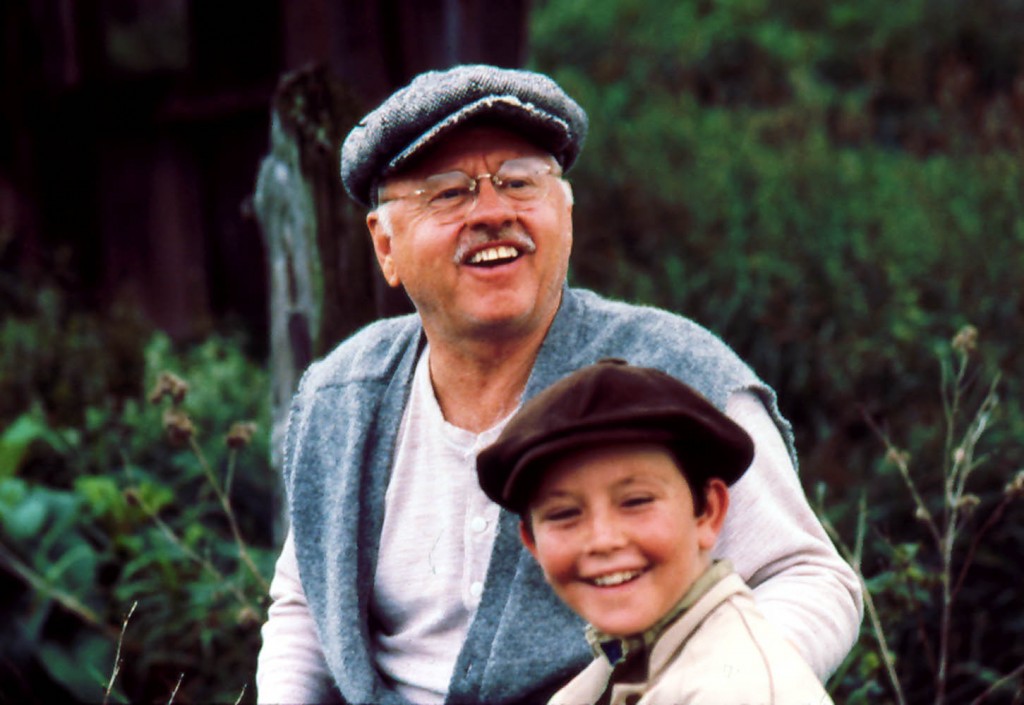 Mickey Rooney passed away yesterday, a sad loss to the entire entertainment world. Mickey started at two years old and was still making movies this year at 93! His legacy will endure as history has already shown. His performance as Henry Dailey, with Kelly Reno as Alec Ramsay, in Carroll Ballard’s classic “The Black Stallion” for MGM /UA brought an Oscar nomination for Mickey, many yeas after he was a an MGM contract actor. His work when he was the young heartthrob for the studio only  brought him a marriage to young Ava Gardner – every inch a classic at 5 foot three!

I had the pleasure and honor to ride to the set every day with Mickey and heard a lot of his wonderful stories as the miles swept by. Sometimes those rides were the highlight of my day … and that’s saying something as those were exciting days. To see him perform, a true entertainer, singer, dancer & actor was a treat not to be forgotten. He had boundless energy that shows in every frame of film.

After his work on “Black Stallion” in 1979 Mickey went on to Broadway with Ann Miller and “Sugar Babies”, a tribute to his song and dance Vaudeville roots. It was a hit running for over three years with rave reviews and awards.

In 1988 we had the pleasure to team up with Mr. Rooney again with the TV show “Adventures of the Black Stallion” for a three year series. Mickey continued his role as Henry Dailey with Richard Cox as Alec.

Here’s a great article on Mickey – good or bad boy – he was a REAL original;

He was an astonishing actor, a galvanized entertainer and a star who could never diminish his own glory (though he tried). He was Puck and Baby Face Nelson—only in America. But it is not enough to say that we have lost an actor, a vaudevillian, an artist, and a national treasure. It is the force that is gone, and the sense of that force as part of our history. We know what it is to admit that there is no one left alive who fought in the trenches of the Great War. Soon there will be no one left who existed in a Nazi concentration camp. So Mickey Rooney was the last male left alive who had been a true star and a phenomenon in the 1930s, when Hollywood believed it ran the show and had established the idea of some spunky, brilliant kids doing it. After all, the show was hardly a thing for which one could expect adult participation.

Joseph Yule Jr. was ninety-three at the end; he had been five-feet-two once; and there had been eight wives and nine children, many of whom may have tottered away from the experience in exhaustion and disbelief. He was not easygoing, and not restrained by reality or fact. In the late ’30s, when he was the number 3 champion at the box office (following Clark Gable and Shirley Temple), he let it be known that Mickey Mouse had been named after him. Walt Disney did not recall it that way, but why would anyone attend to his rather grim, clerical manner when the wide eyes and the wider imagination of the Mick were on offer? Years after the death of Judy Garland, Rooney looked back on their screen association. He said their love affair—which had never been an affair—was intense beyond description. It meant, he said, in 1992, that Judy was not really or exactly or simply dead. She lived on in him. Such talk is easily taken as show business hyperbole, and by 1992 that had become an alien language. But the truth is that Mick meant it. He believed. Stranger  things had happened—notably the way he was Andy Hardy in fourteen films at MGM, as well as Judy’s partner in films where the couple put on a show, climaxing in Babes in Arms, which was one of the biggest box-office hits of 1939, even bigger than The Wizard of Oz.

The story of how MGM and its father figure, Louis B. Mayer, tried to keep Mickey and Judy kids forever and out of trouble would make an astonishing movie. There is only one drawback to the plan: No one now can match or understand the ferocious acting-out dynamic of all three parties. Mayer may have hoped that the vast sexual energy in both kids might be married off, but Mickey became a serial marrier. He started with Ava Gardner, who was nowhere near a star yet and was four inches taller than he was. He moved on to Martha Vickers, who is Carmen Sternwood in The Big Sleep, the nymph who tries to sit down in Bogart’s lap while he’s still standing up. The mere idea of Mickey and Martha together (1949-52) tends to eclipse the nuclear testing that was so popular at that time. I know, that’s excessive and vulgar, but we are talking about Mickey Rooney.

Anyone would have anticipated that the Mick would burn out. By about 1950, the generation of child stars he had grown up with were looking for careers in stockbroking and settled marriages. Judy was cracking up, but Shirley Temple, Freddie Bartholomew, Deanna Durbin and Jackie Cooper were all facing up to reality. Rooney went broke—god knows what happened to his money. He should have subsided, or come to a bad end. He never stopped. Only a few years ago, I was driving in rural Oregon and came to a settlement, with a casino and dinner theatre, and there he was doing one of his shows.

That view of his undying thunderstorm could be amused and patronizing, so let me just say to those who hardly knew him and who lack the time to track down everything he did—he has 340 credits on IMDb—try these (going back in time):

Carroll Ballard’s The Black Stallion is a film that never fails with audiences. One reason why is that after the lyrical stuff on the island with the horse and the boy, the story moves on to horse-racing where Mick is the trainer who teaches the boy to be a jockey on the Black for the big race. It is one of the finest tributes to education in American cinema.

In 1957, for the big screen, he was the lead in Don Siegel’s Baby Face Nelson—brilliant, hilarious, demonic; and in the same year, on the small screen, directed by John Frankenheimer from a Rod Serling script, he did The Comedian for Playhouse 90—monstrous, inspired, terrifying.

Last, let it be first. In the Max Reinhart film of A Midsummer Night’s Dream, made at Warner Brothers in 1936, he was Puck. Many years ago, an English critic said of that performance, “Rooney seems inhuman, he moves like mist or water, his body is burnished by the extraordinary light, and his gurgling laugh is ghostly and enchanting.” Let that stand.

One co-star in the Dream was Olivia de Havilland, and she is still alive and (I hope) very well (she is the last female star from that era). I’m not sure if they met during the filming, but it’s pretty and tempting to picture the two of them together—Mickey sixteen, Olivia nineteen—with her offering him advice to calm down, behave and think of his career, while knowing that he was not going to do one damn thing she told him.

We’ll all miss you Mr. Rooney – but we’ll see you at the movies.
Tim, Kelly, Carroll, Doug, Caleb, Fred, Tom …  and all your Black Stallion friends!