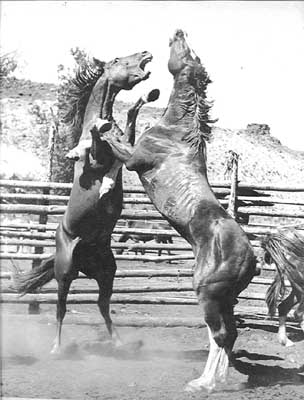 Way too busy and yesterday Anonymous crashed the hosting for millions of websites.
Have a safe and thankful 9/11 – it’s been 11 years, so  say “Amen” to our soldiers everywhere keeping the peace – or trying to do so in this crazy world!

Don’t be afraid here’s the next book / chapter;
BLACK FIRE
1
On Saturday, July 15th, Aqueduct Racecourse’s great stands bulged and overflowed, spilling thousands of spectators onto the track’s bright green infield. Front-office officials estimated the crowd at more than one hundred thousand, the largest ever to watch a horse race in New York City. Millions more people throughout the country saw the Brooklyn Handicap on television. Those whose business it was to know reported that the number of television viewers had broken all records for an afternoon program. News film distributors, however, claimed the most stupendous audience of all. They sent prints of the race to foreign theaters and television stations throughout the world. Never had history recorded so many eyes following a horse race … and one pair in a far-off country spoke endlessly of destruction.
Fury and wrath had transformed these normally clear eyes into blazing pits of fire. They never left Alec Ramsay and the Black during the race and they promised death.
By my oath I shall overtake him with my vengeance and destroy him!
The pair of eyes followed the boy and his giant horse to the post, showing no interest in the other two entries. They watched the stallion charge out of the starting gate with Alec Ramsay’s chin almost touching the black mane.
Death to him because of what he took from me.
Heart-rending despair and agony replaced the furious storm in the eyes as Alec and the Black flashed past the stands.
A curse on him for his wings of power. But I shall overtake him and destroy him.
The Black swept into the sharp first turn and Alec shortened the reins. Shaking his head, the stallion swerved to the far outside, twisting in an attempt to free himself of the bit.
A wicked hope filled two watching eyes as Alec Ramsay and his horse almost went down. But the boy kept the black legs driving beneath him and the race went on.
Death to him for his arrogance.
Now the Black was in full flight with Alec Ramsay stretched flat against his broad back. On, on and on the stallion came, faster and faster, until it seemed that one could hear the whistling wind he created. Brighter and larger his black image grew as he swept around the final turn and bore down upon the two front runners. He caught them near the finish line and all three straining heads bobbed together. A great roar rocked Aqueduct’s stands as the Black jumped with marvelous swiftness into the lead and the race ended.
The two eyes staring at the television screen in a foreign land disclosed more vengeance than ever when Alec Ramsay straightened in his saddle. The facial features, too, quivered with rage.
Death to him for making me what I am!
Death to him before the fall of another moon!