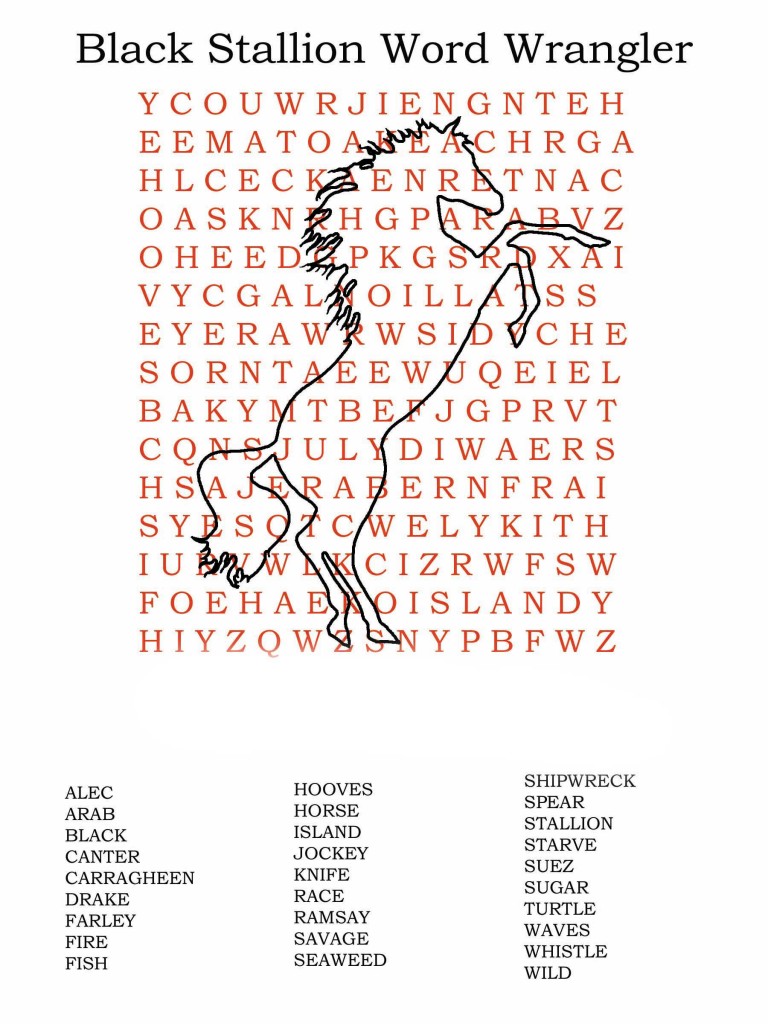 Alec Ramsay opened his eyes and stared into the darkness of his bedroom. He could not sleep. The darkness was familiar enough, but not the complete silence that lay over everything.

Long moments passed and he could hear the stillness. It was more than the hush, the quiet of late night. It was more than the complete absence of sound. It was a vibrant, living silence and he listened to it as one would to the soft rustle of leaves in the stir of air. He listened to it while his eyes opened again, searching the darkness—for what?

Suddenly he swung out of bed and went to the open east window. If he couldn’t sleep, the thing to do was to get up and find out what was the matter. He put his head out the window, listening to the stillness. If he wasn’t mistaken, it meant trouble. Something was going to break fast. It was the quiet before the storm, the quiet that preceded an onslaught of terrible force. Where would it come from? What would it be?

Just beyond the stallion barn were the separate paddocks and in one he saw Napoleon’s white, ghostlike figure. The old gelding was standing still, probably asleep. Somewhere in the adjacent paddock was the Black.

The boy’s keen eyes searched the darkness for some sign of movement. Finally they found the tall stallion, his head up and the pricked ears showing clearly against the backdrop of stars. The Black did not move. The night remained still, too still.

Alec’s gaze swept across the fields to where the mares and suckling foals were grazing. He made out their dark movements but heard nothing except the silence, so heavy with its dreadful portent. If the danger was not to come from the Black would the mares be the ones to set it off?

Turning from the window, Alec went to the closet and pulled on a pair of coveralls over his pajamas. The only thing to do was to go out and look things over. Some of the new broodmares didn’t get along very well together. Also, old Miz Liz was due to foal sometime soon and it just might be tonight. She’d bear watching. If Snappy, the foaling man, was on the job, Alec wouldn’t have to worry about her.

Softly Alec tiptoed to the door, carrying his boots so as not to wake up his parents. Then he remembered that he would need his house key to get back in, and retraced his steps to the closet. The key should be in his brown suit. The last time he’d used it was two weeks ago when he’d seen Henry off on the train for Pimlico racetrack. He missed having his old partner and trainer around the farm.

He found the key and something else which he had completely forgotten about—a registered letter that he’d picked up at the local post office after leaving Henry. Concerned and angered at his forgetfulness, he went to a small desk and switched on the lamp. The letter was from the insurance company. Opening it he found that as of three days ago, when final payment on the fire insurance policy had been due, all the barns and other buildings of Hopeful Farm were unprotected in case of loss or damage! Furious with himself, Alec shoved the letter into his pocket. It was inexcusable that he should have forgotten to give the premium notice to his father, allowing the policy to lapse.

He left his bedroom and went quietly down the hall, stopping only at his father’s business office. There he left the letter on the big desk, knowing that he’d have a lot of explaining to do later in the morning.

Outside the house he waited a moment until his eyes became accustomed to the darkness. Again he heard the stillness and felt its warning. This was very real. This was not his imagination playing tricks with him.

Having the lapsed insurance policy heavy on his mind, he thought back to the warning he had given Snappy about smoking in the broodmare barn. Twice during the past week he’d had to speak sharply to the foaling man about it. More apprehensive than ever, Alec now started running down the road while behind him the Black snorted, breaking the deathly quiet of the night.

Going into the dimly lit broodmare barn, Alec breathed deeply the odors he loved—the hay, ammonia and feed. He smelled no tobacco smoke. He walked down the long corridor of empty box stalls, going toward the far end of the barn where he’d find Miz Liz all by herself in the biggest stall of all awaiting the birth of her colt or filly. It wouldn’t be tonight, Alec decided, or Snappy would have had the place more brightly lit.

At the large foaling stall, Alec peeked over the half-door. Miz Liz stood beneath a very small overhead bulb, looking fat and tired, with her head drooped.

“Hello, old mare,” Alec said softly, going into the stall. There was only a slight twitching of Miz Liz’s long ears to disclose she’d heard him.

Alec squinted, deepening the white creases in skin as tanned as old saddle leather, while he examined the mare. He looked at her longer than was necessary, remembering Henry’s description of her going to the post as a three-year-old, all sleek and shiny and fired up, so long ago. Running his hand over the mare’s sagging back, Alec left the stall.

Now he thought he knew the ominous portent of the night’s stillness. Miz Liz was going to foal very soon and that spelled trouble. Where was Snappy?

Alec opened the door of the small room beside the foaling stall. There were a chair and a cot, both empty. The foaling equipment was set out with the oxygen tank ready for use if necessary. It was Snappy’s job to be here now, watching Miz Liz. It could happen any moment.

Leaving the room, Alec stood in the corridor. Suddenly he heard the faint sound of music. He looked up at the ceiling, certain that Snappy was in Henry’s vacant apartment, where he had no right to be at any time, much less tonight. With a bound Alec climbed the stairs, taking two at a jump. Reaching the apartment door, he flung it open without knocking and there was Snappy sitting in Henry’s big living-room chair, his feet on the center table and a pipe in his mouth. Mixed with the pleasant aroma of burning tobacco was the hickorywood smell of smoked bacon frying on the kitchen stove!

Startled by the opening of the door, Snappy looked up and then quickly removed his long legs from the table.

Alec said, “You’re sure making yourself at home while Henry’s away.”

The man mumbled something beneath his breath and then said, “I figured he wouldn’t mind.”

“You know he minds. It’s his home and he likes to keep it private, the same as you would. He’s told you that before.”

The man banged his pipe bowl against a white saucer, knocking out the top ashes; then he relit the tobacco.

Alec went on. “Just as we’ve warned you before about smoking in the barn.”

“This is Henry’s apartment,” the man said curtly, “not the barn.”

“You’re not tellin’ me nothin’. He’s too old to have any bad habits. He ain’t worth much any more, Henry ain’t. Anybody can see that.”

the rest of the story – pdf –10th book chapter

You gotta have heart! Read on…. tim

Comments here or on the forum.