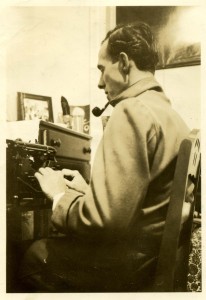 A nice article on Sarasota, Florida writers. Dad was there back in the day. We’ve seen a lot of changes along the Gulf coast over the years but it’s still a great place to create and meet artists of all talents. From the Ringling College for painting and animation and New College for writing to Clown College and Sailor Circus for performing arts there’s more to Siesta than a long nap.
Thanks to the Herald Tribune!

Sarasota was haven for writers 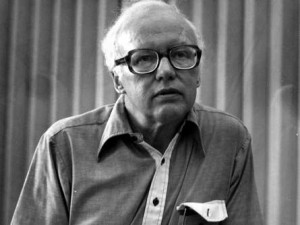 John D. MacDonald was just one of many famous writers who called Sarasota home. (Provided by Sarasota County Department of Historical Resources)

When Sarasota author MacKinlay Kantor received the Pulitzer Prize for his Civil War novel, “Andersonville,” in 1956, Sarasota was a major draw for nationally and internationally known writers and artists who came here for the relaxed lifestyle, the tropical beauty and the friendly locals who gave them their space.

Kantor, who moved to Siesta Key in 1936, pounded out his novels and articles for the Saturday Evening Post, Playboy, Look, Colliers and numerous other magazines on a Royal typewriter at his large office in his Shell Beach home. (The office has been duplicated and can be seen at the Sarasota County Department of Historical Resources.)

Kantor had been a decorated war correspondent in World War II and Korea and photos of him with politicians and generals lined his office walls. His novel, “Glory For Me,” was made into the popular war movie, “The Best Years of Our Lives,” which was released in 1946 and won nine Oscars.

When African-Americans were searching for a place to swim in segregated Sarasota, Kantor threatened to write an article for a national publication titled “Sarasota Cheats its Black Children” if a solution to the problem was not found. And when he was threatened with a cross burning in his yard, the man who had been through two wars retorted, “If they try, they’ll get a hole in them.” He also fought to keep the Memorial Oaks along Main Street from being destroyed, but to no avail.

John D. MacDonald followed Kantor to Siesta, arriving in 1951 when the area was still closer in ambiance to a tropical island than a tourist resort. A prolific writer, he authored the popular Travis McGee detective series which, said one critic, proved “that popular fiction could be composed with intelligence and style.”

Although MacDonald said he wrote primarily to entertain and quoted movie producer Sam Goldwyn’s witticism, “If you want to send a message, call Western Union,” his bestselling novel, “Condominium,” alerted coastal communities to the dangers of shoddy condominium construction when faced with a hurricane.

He also addressed the conflict between preservationists and developers in “A Flash of Green.” The movie “Cape Fear,” adapted from his novel “The Executioner,” was released in 1961 starring Gregory Peck and Robert Mitchum, and again in 1991 with Robert De Niro and Nick Nolte in the lead roles.

If Siesta Key was sparsely populated when Kantor and MacDonald came to town, Venice was practically uninhabited when novelist and horse lover Walter Farley arrived in 1946. His first “The Black Stallion” book was begun while he was still in high school and published in 1941. The series totaled 21 books and sold millions of copies in 20 countries around the world. Its hero Alex Ramsey and the fantastic stallion captivated young readers. The movie version was directed by Francis Ford Coppola in 1979 and won two Academy Award nominations. The New Yorker magazine said it might have been the greatest children’s movie ever made.

Of his love for horses, he was quoted in the old Sarasota Herald as saying that when he was a child, “I wanted a pony as much as any boy or girl could possibly want anything. But I never owned one.”

He and his wife, Rosemary, were active with helping the youth of Sarasota, serving on the board of the Sarasota Detention facility.

These writers led quiet, unassuming lives here, raising their families in a laid-back Sarasota when everyone seemed to know everyone else. They formed a fraternity of sorts, meeting weekly from place to place, most notably at the storied Plaza Restaurant on First Street, swapping jokes, tales, and playing liars poker.

As writer Richard Glendinning summed it up in his booklet, “A Host of Fridays,” there were four or five regulars whose number swelled to 14 or so during the tourist season “when more visitors were on the prowl.”

Out-of-towners and winter residents included Joseph Hayes, who wrote, produced and directed. He wintered on Lido Shores with his family and among his credits were “The Desperate Hours,” “The Young Doctors” and some Disney movies and television shows. “The Desperate Hours” was a novel, a stage production starring Paul Newman and Karl Malden, and a film noir movie classic with Humphrey Bogart and Frederick March.

Art Buchwald, William Inge, Clifford Irving, Larry Heller, artist Ben Stahl, Elmer Sulzer, Borden Deal and others too numerous to mention sat around the Plaza table when they were in town, soaking up the levity and camaraderie of fellow writers.

Glendinning termed these 1 p.m. luncheons, “a curious Sarasota ritual.” He recalled that over the years the group numbered over 200 and boasted, ” . . . it was a loose assemblage of kindred souls (which) meets without plan, purpose or program . . . has no officers, no constitution, no opening song or rallying cry, no secret grip, . . . no worthy civic projects to sponsor and not even a name. That would only confuse the issue by tending to give a sense of identity to a non-existent organization without formal membership.”

This generation of writers has all passed on, leaving as their legacy films and books which have brought joy to millions while helping to secure Sarasota’s place as a cultural Mecca.