Melissa Mathison, co-screenwriter on Black Stallion and many other famous films, 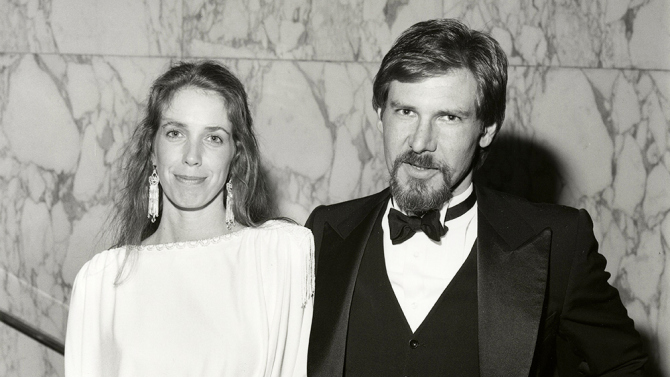 has passed away this week.
We will miss her as a writer and friend.
Here is the story in the LA Times;

Screenwriter Melissa Mathison, whose enormously successful “E.T. the Extra-Terrestrial” became a landmark in film history, specialized in stories revolving around children. But, as she often said, she made a point of not condescending to them.

“I go to movies with my children and see fat kids burping, parents portrayed as total morons, and kids being mean and materialistic, and I feel it’s really slim pickin’s out there,” she told The Times in 1995. “There’s a little dribble of a moral tacked on, but the story is not about that.

“We’d get back in the car after seeing a movie and I’d say, ‘Now what did you think about this?,’ and they’d have nothing to say.”

Mathison, 65, who portrayed children as sensitively heroic, died Wednesday at UCLA Medical Center. The cause was neuroendocrine cancer, her brother Dirk Mathison said.

“Kundun” (1997), a movie about the Dalai Lama’s childhood and growth into a young man, reflected her decades-long interest in Tibet.

She received an Oscar nomination for her work on Steven Spielberg’s “E.T.,” which was released in 1982.

“Melissa had a heart that shined with generosity and love and burned as bright as the heart she gave E.T.,” the director said in a statement Wednesday.

“E.T.” was the story of a young boy in the suburbs and the alien he befriended. While Spielberg had wrestled with the idea of a film about a stranded alien for some time, he asked Mathison to develop the plot.

She described it years later as a “boy-meets-dog story.”

“It is a story of resurrection and redemption.”

When it opened, Times critic Sheila Benson said it was “so full of love and wonder, of pure invention, and the best kind of screen magic, that it’s not only the film of the summer, it may be the film of the decade and possible the double decade.”

With ‘The Indian in the Cupboard,’ Melissa Mathison hopes she’s written a script for the ages

Mathison, she said, “seems to know the newly separated young family, that sad American statistic, from its cracked heart out.”

She had two children, Georgia and Malcolm, from her marriage to actor Harrison Ford. They divorced in 2004 after a 21-year marriage.

From 1983 to 1985, Mathison, Ford and their children lived on a 700-acre ranch outside Jackson Hole, Wyo., where the screenwriter put her career on hold.

“I have two little children,” she told Newsweek. “I didn’t want to be missing their childhood while I was away, busy writing about children.”

Born in Los Angeles on June 3, 1950, Mathison grew up in the Hollywood Hills, one of five children born to Richard Mathison, who was The Los Angeles Times’ religion editor in the 1950s before becoming Newsweek’s Los Angeles bureau chief, and his wife, Pegeen.

“We weren’t your mainstream ’50s family,” she said in a Times interview. “Both my parents had wonderful, eccentric, artistic friends who treated us as friends as well. How your mind worked was considered important.”

Even though Hollywood was essentially Mathison’s hometown, she still felt a certain thrill at being around show business.

“I remember not really caring that much about the Hollywood premieres because they were always so crowded,” she told the Toronto Globe and Mail in 1982. “But if something like a stagecoach drove by followed by a camera crew, I got really excited.”

She went to UC Berkeley, where she interrupted her studies in political science for a job in the movies with a family friend. The friend was Francis Ford Coppola, whose children she used to baby sit. Mathison became his assistant on the set of “The Godfather, Part II.”

She was soon hooked on film. After Coppola urged her to write, she came up with her script for “The Black Stallion.”

Over the years, Mathison became fascinated by Buddhism and Tibet. In college, she later said, she thought the story of the exiled Dalai Lama would make a great movie. She turned that story into “Kundun.”

“I am sort of famous for little-boy stories, and this was a fantastic little-boy story, a story of destiny and nurturing and tragedy, the idea of finding a 2-year-old child and then investing in him everything that is good about human beings, your people and your beliefs,” she told the New York Times in 1996.

With the help of actor Richard Gere, a supporter of Tibetan causes, she and Ford met with the Dalai Lama in Santa Barbara in 1990. At that meeting and subsequent visits in Santa Cruz and in India, she pitched the notion of a film based on his early years.

The Tibetan spiritual leader wanted “everything to be as correct as possible,” she said in a 1998 interview with the Philadelphia Inquirer. “Each time we met I would bring him new scenes.”

Mathison’s last film is due for release in 2016.

“The BFG,” which stands for “big friendly giant,” reunited her with Spielberg, who directed it. Based on a 1982 children’s story by Roald Dahl, the film stars Mark Rylance as the title character, with Bill Hader and Rebecca Hall.

In addition to her children and brother Dirk, Mathison’s survivors include her sisters Melinda Johnson and Stephanie Mathison; and brother Mark Mathison.