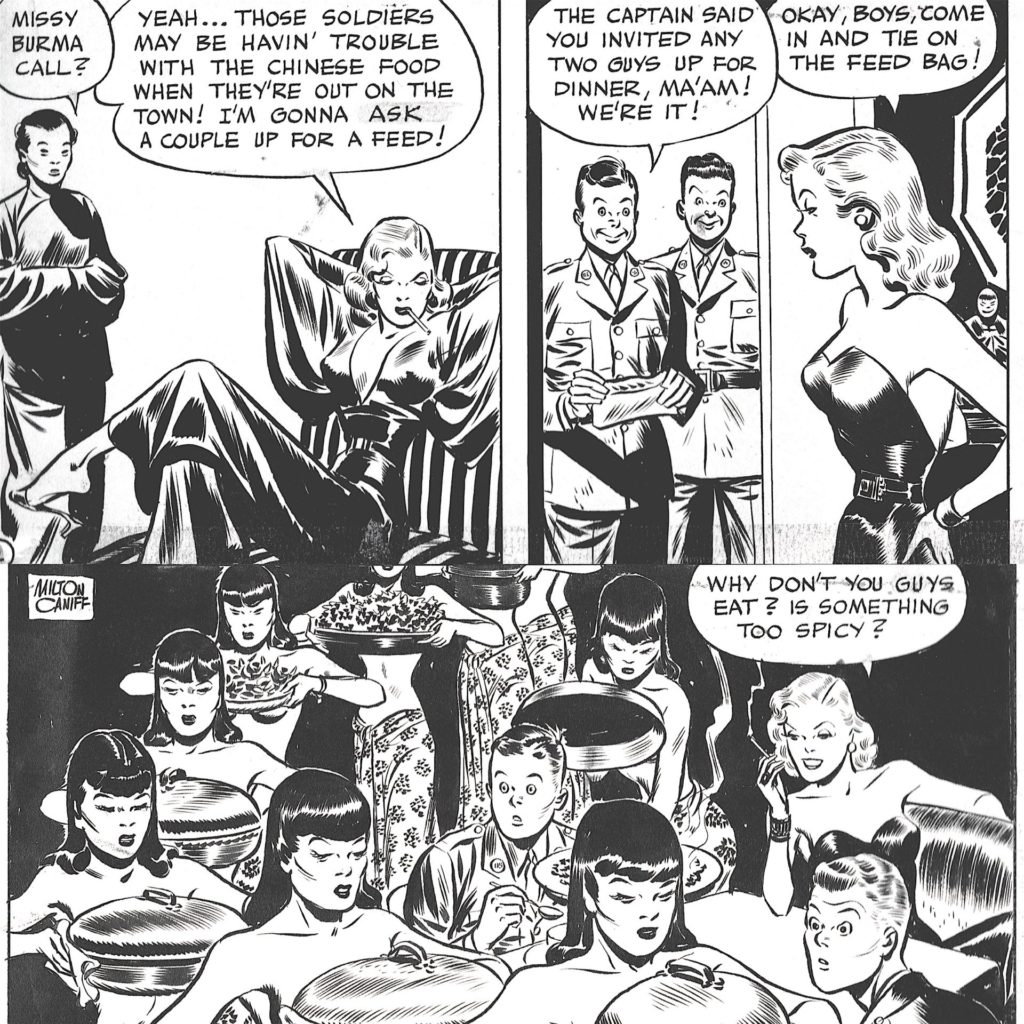 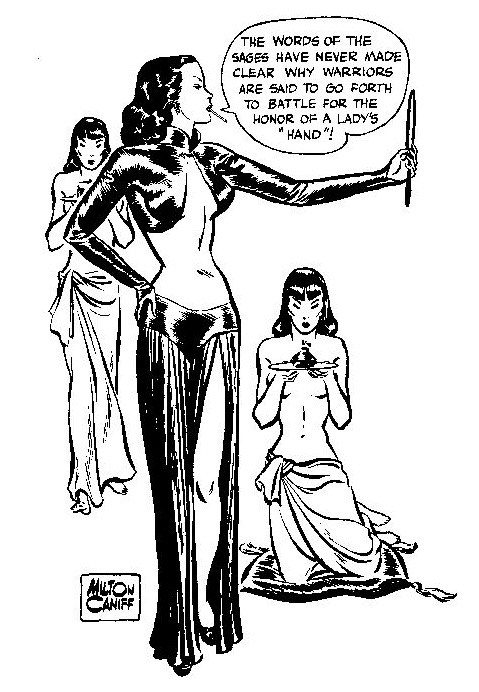 Milton Caniff was a great illustrator and friend of Dad’s during the WW2 days. Farley was an editor for ‘Stars and Stripes’ (AKA Yank) the newspaper for the armed forces. The two would spend time together working on the weekly paper and shared the experience of growing up in NY, they spoke the same language and would frequent the same spots. Caniff did a running series for the paper named “Male Call” a weekly strip which featured ‘dames’, like ‘Burma’ in this strip, and tough guys that he made famous with his syndicated comic “Terry and the Pirates“. Caniff has the title as the most published comic illustrator of all time!! His drawings have appeared in thousands of papers around the world.
After his military service Milton Caniff continued drawing with his “Steve Canyon” series in many newspapers. His work influenced a generation of comic book/strip artists such as Jack Kirby, Frank Robbins, Lee Elias, Bob Kane, Mike Sekowsky, John Romita, Sr., Johnny Craig, William Overgard and Doug Wildey to name just a few. European artists were also influenced by his style, including Belgian artists Jijé, Hubinon and Italian artist Hugo Pratt.
If you don’t know these artists names think; Marvel, DC, Batman, Avengers, Captain America, Spiderman, Black Panther – even Archie and “Tales from the Crypt”. These artists were all familiar with Milton Caniff’s work … and the fact he held on to the rights of his characters – one of the first illustrators to accomplish that feat.

Here’s some illustrations that Caniff and Samsone did for Dad when he was editor. The one has Walt “de bossman” and the other a Wolf drawing thinking about Rosemary (Mom) back in town;

Don’t forget to stop by the shop for a timeless classic!!

We have added a few new pages to the experience section, enjoy: